I embarked on a journey to learn about Jacques Faix almost accidentally, following the purchase of a small apartment, from the house that was once his home, workshop and a real promoter of the socio-cultural life of Arad. Here, each new discovery led to the revelation of a new chapter in his artistically and culturally complex life. I started following his steps, starting with childhood, going to Vienna, and then I rediscovered him starting with 1901 in Arad, Jacques Faix being recalled to Arad to bring value to society through art and music.

The goal is not just to try to imagine and place ourselves in his time and place, our main goal is to unravel the fascinating story of a man who had an impact on society and left behind a legacy that waiting to be discovered and exploited. 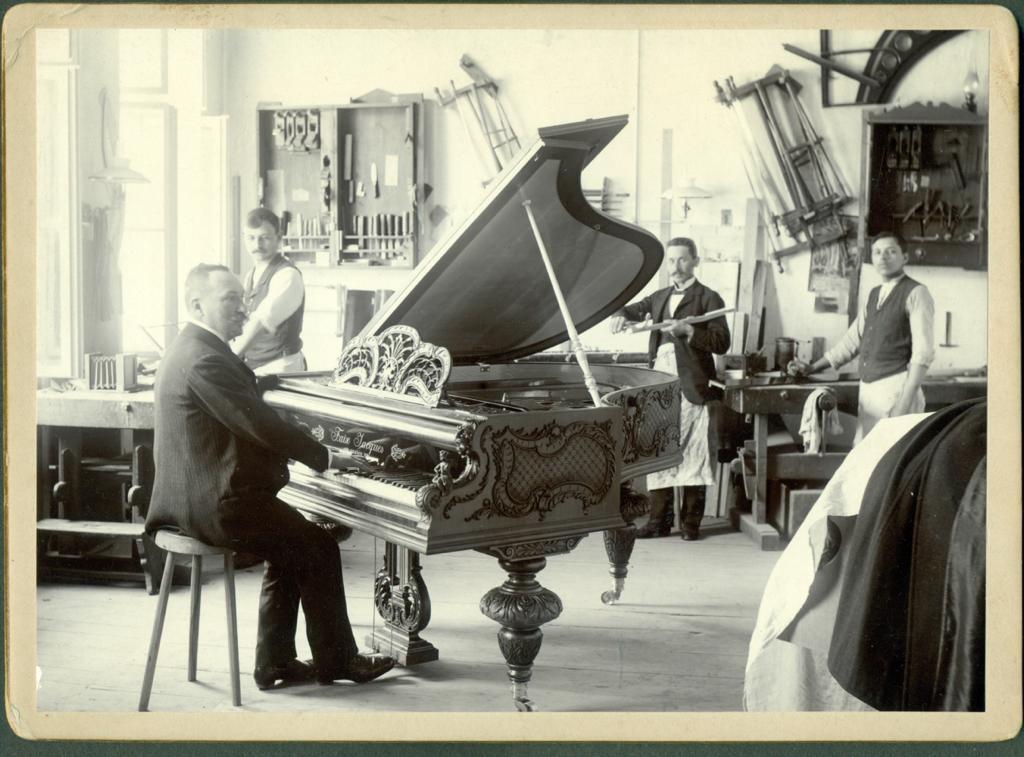 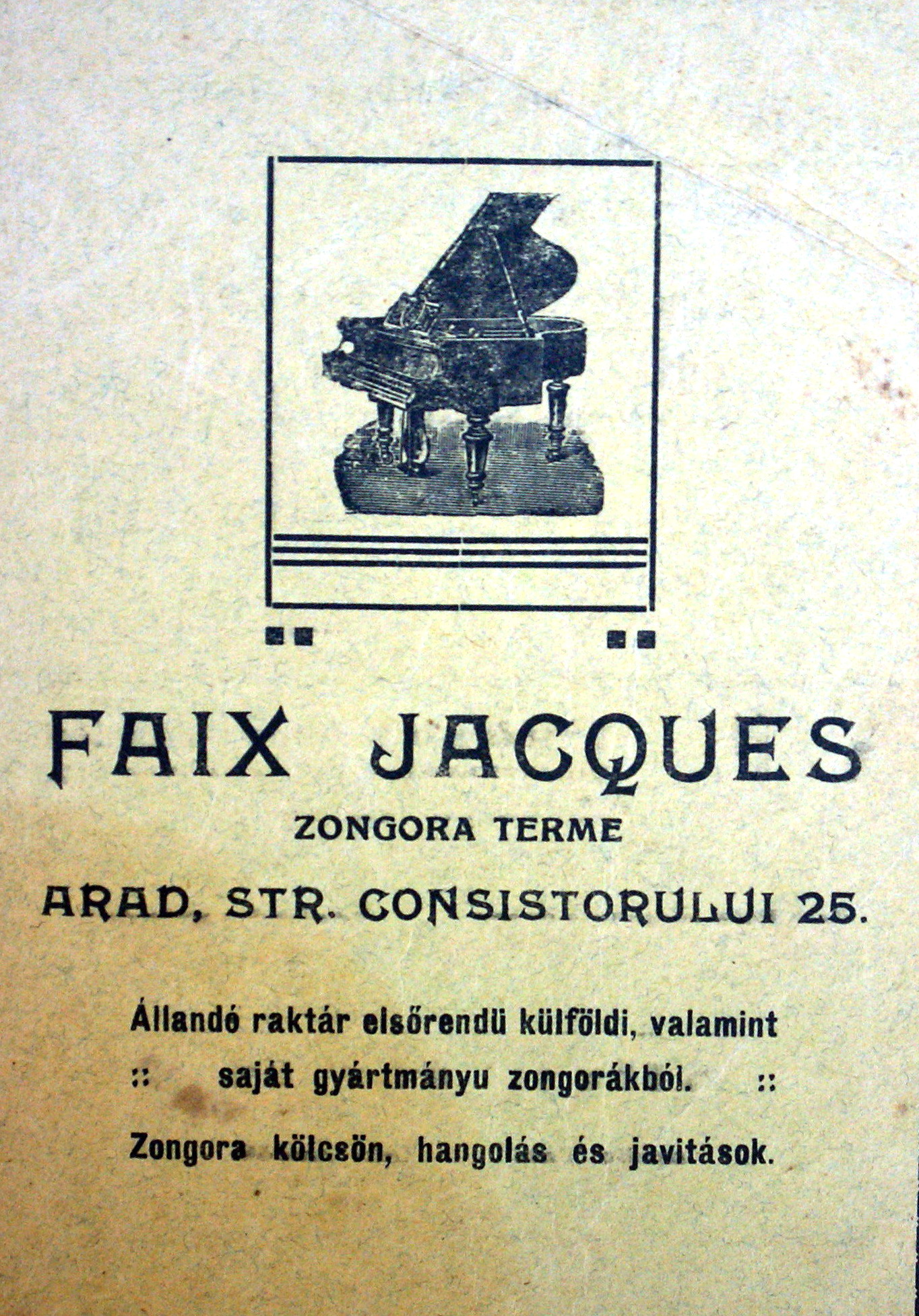 Why is Jacques Faix important?

Jacques Faix was a well-known name in his time in both Budapest and Prague due to his merits in piano making and pictorial photography.
With an impressive portfolio of unique photographic works, which were also awarded at international exhibitions, the pianos made by him were not only pieces with an exceptional sound but also with a visual aesthetic value, given by the sculptural and pictorial elements specific to the era; this is an authentic personality that essentially marked the time of the era in which he lived.

The construction of pianos and the close relationship with the Neuman family are two of the elements for which Jacques Faix would have a permanent contact with the European noble world.

Jacques Faix had a flourishing social life both in Vienna, but especially in the house on Episcopiei Street in Arad, marked byof the visits made by Ady Endre and Pablo Casalas to the Faix family. For our approach, however, the fact that Jacques Faix had a decisive involvement in the cultural life of the city on Mureș is extremely important, especially due to the promotion of photographic art, an almost unexplored field in the area, by organizing the first photography club in Arad. Jacques Faix was a visionary and we can afford to make this statement if we think about the original way in which he promoted Arad tourism by organizing musical evenings in the famous "Piano Saloon" a charming room in the parental house on Batthany Street, now Episcopiei street no. 25. 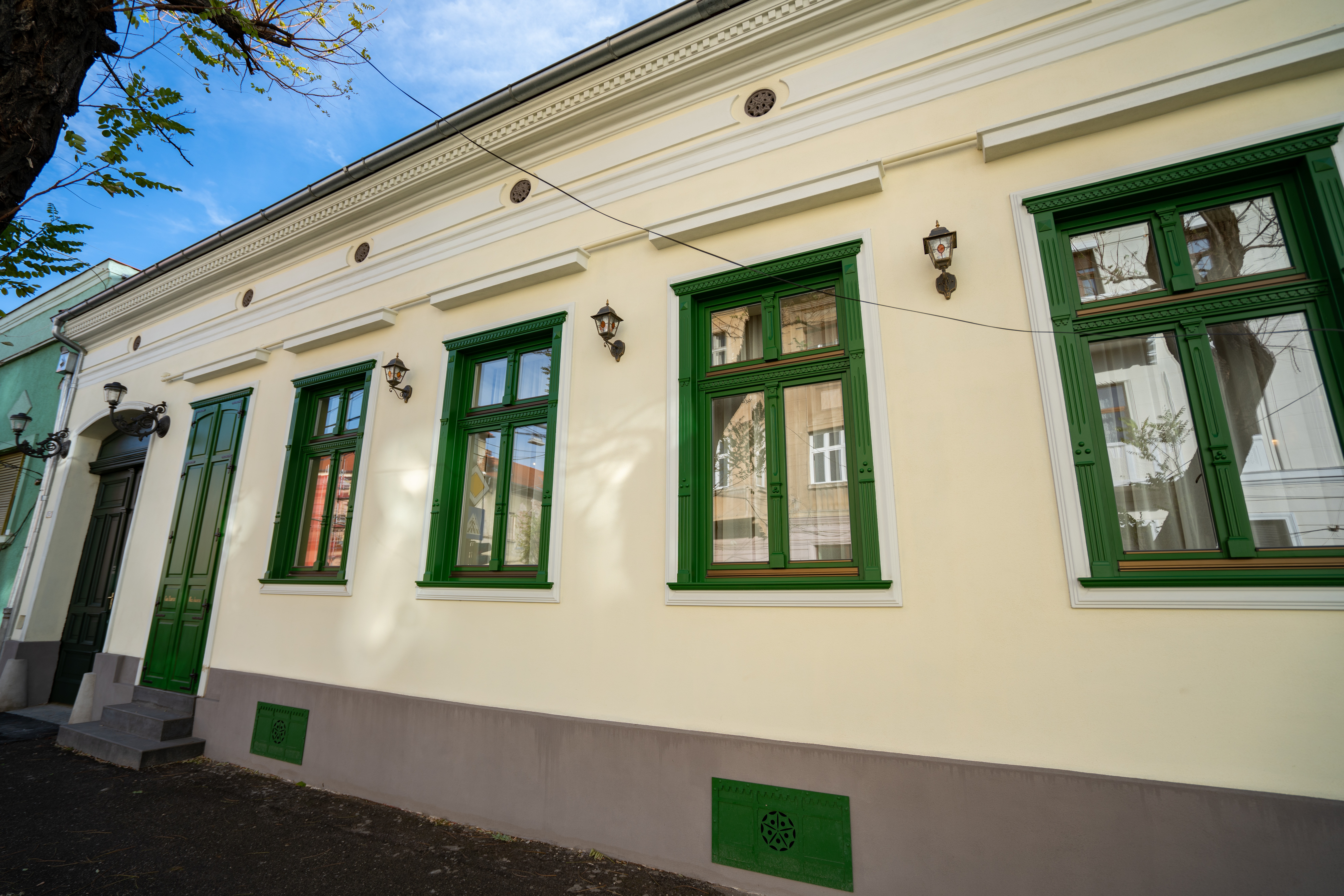 Through a series of more than happy events, after more than 70 years from the death of Jacques Faix and after the rehabilitation of the building and the "return" home of one of the pianos, in the house on Episcopiei Street no. 25 in Arad is a place that today is not just a memorial house, but a welcoming place that aims to host cultural events to reunite the mirage of the past with the art and social life of the XXI century, in the same reignited spirit from more than well over a century.

We suggest you cross our threshold, get to know Jacques Faix better and enjoy the socio-cultural events we organize, tasting a wine in the company of various forms of artistic expression, as was customary in the glory days of the Arad city.

The Jaques Faix Association aims, in memory of the one whose name it bears, to promote the local culture and young artists at the local level and to complete Faix's work to promote in the Arad community and not only the authentic values.